During the summer, I went on holiday with my parents for the first time in YEARS. We went to a beautiful spa town in Italy, called Abano Terme, close to Padua. It was such a relaxing holiday and the heat wasn’t too overwhelming for a majority of the time we stayed there, meaning we could to a bit of ‘touristing’. I thought this would be a nice way to reflect on it and have it all written down somewhere rather than relying on memories staggered around my head.

The hotel we stayed at was incredibly beautiful and although some may argue, a tad dated, I found the traditional decor so charming. The bedrooms had chandeliers and old white wooden wardrobes which I instantly fell in love with.  There were also incredible spa facilities and a large pool area, connecting the indoors, outdoors and spa. The pools were warm! This was because they contained thermal water which was sooooo relaxing and surprisingly refreshing given the heat. I spent most of my days in the lounging area, sprawled out on a sun-bed with a book (The Girls- Emma Cline). 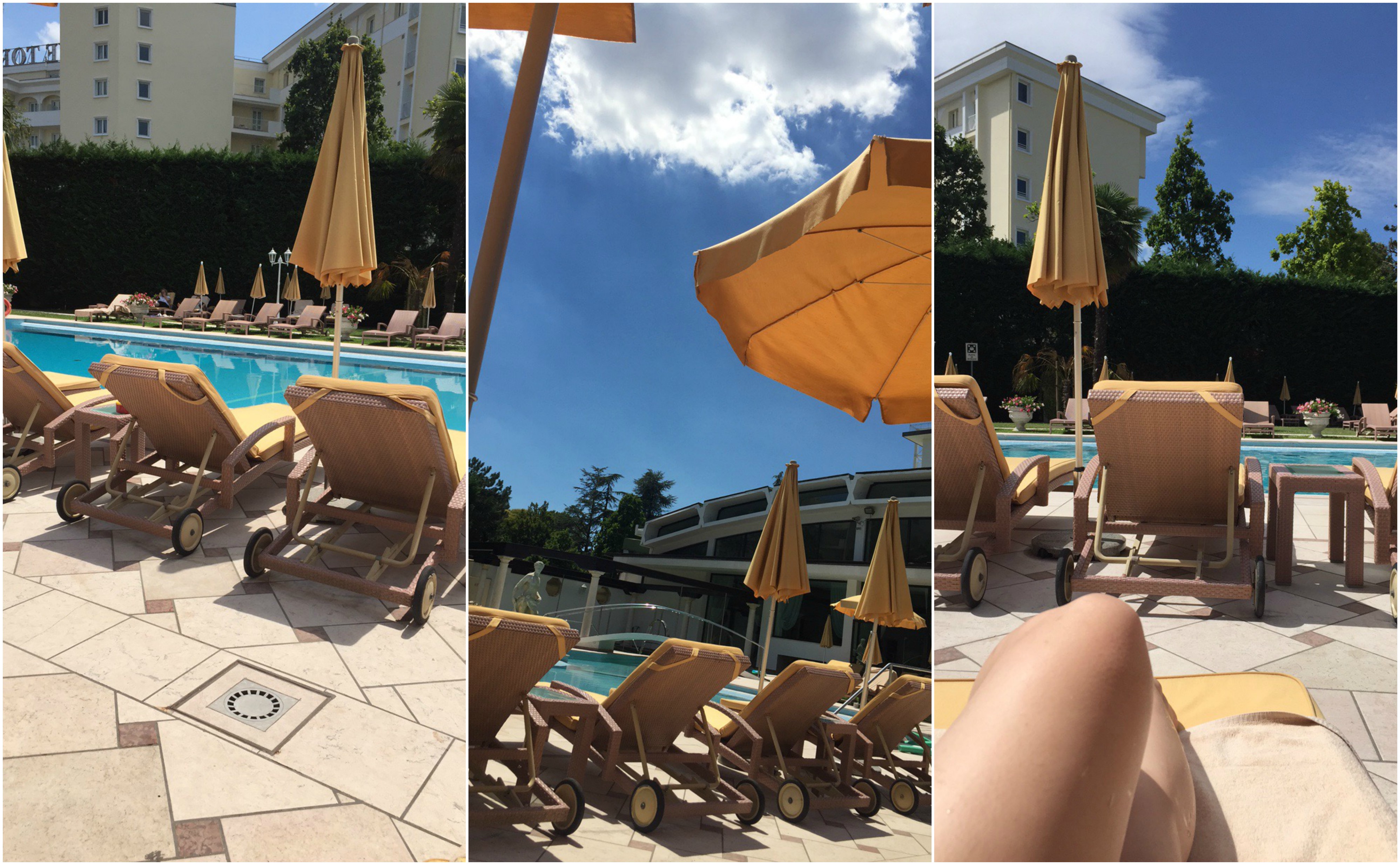 One thing that this holiday influenced massively was my diet, as there was such a huge variety to eat here. We ate SO MUCH but it was all fairly healthy stuff, disguised by bright colours and decorative arrangements. The hotel provided a ‘serve yourself’ salad/starter bar which had beautifully prepared fresh vegetables and seafood every day. I had never really been a huge fan of eating cold seafood and arguably have stuck by the “fish are friends, not food” that finding Nemo taught me. However, if I catch a whiff of grilled and lightly seasoned squid, ya girl abandons all childhood Pixar related belief systems and is ready to go IN.

Within a few days of being away, I noticed that my skin had cleared up so much and my tiny little food baby (usually a permanent attachment to my body) had disappeared entirely. I was only really eating salads and fish which meant I wasn’t even eating half as much of the carbs that I usually do back at home or university. The sunlight also usually clears my skin up to (Vitamin D is incred), so as well as feeling super relaxed I was starting to feel so much more confident in my own skin (no pun intended). 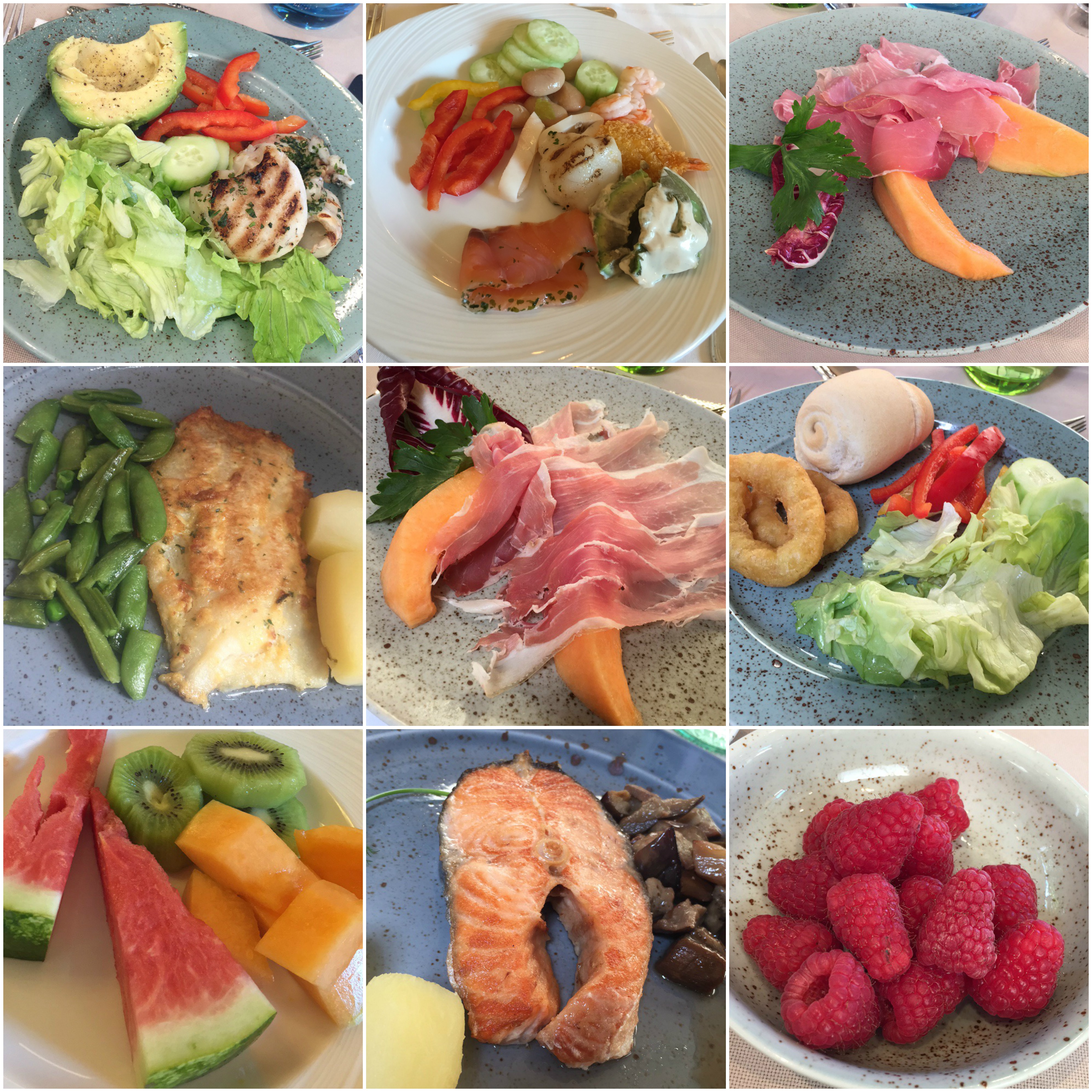 That being said, I did spoil myself every few days with a pasta dish. I mean come on, it’s Italy, the home of pasta and pizza (90% of my usual diet). How can you turn down a tomatoey cheesy bowl of pasta?! 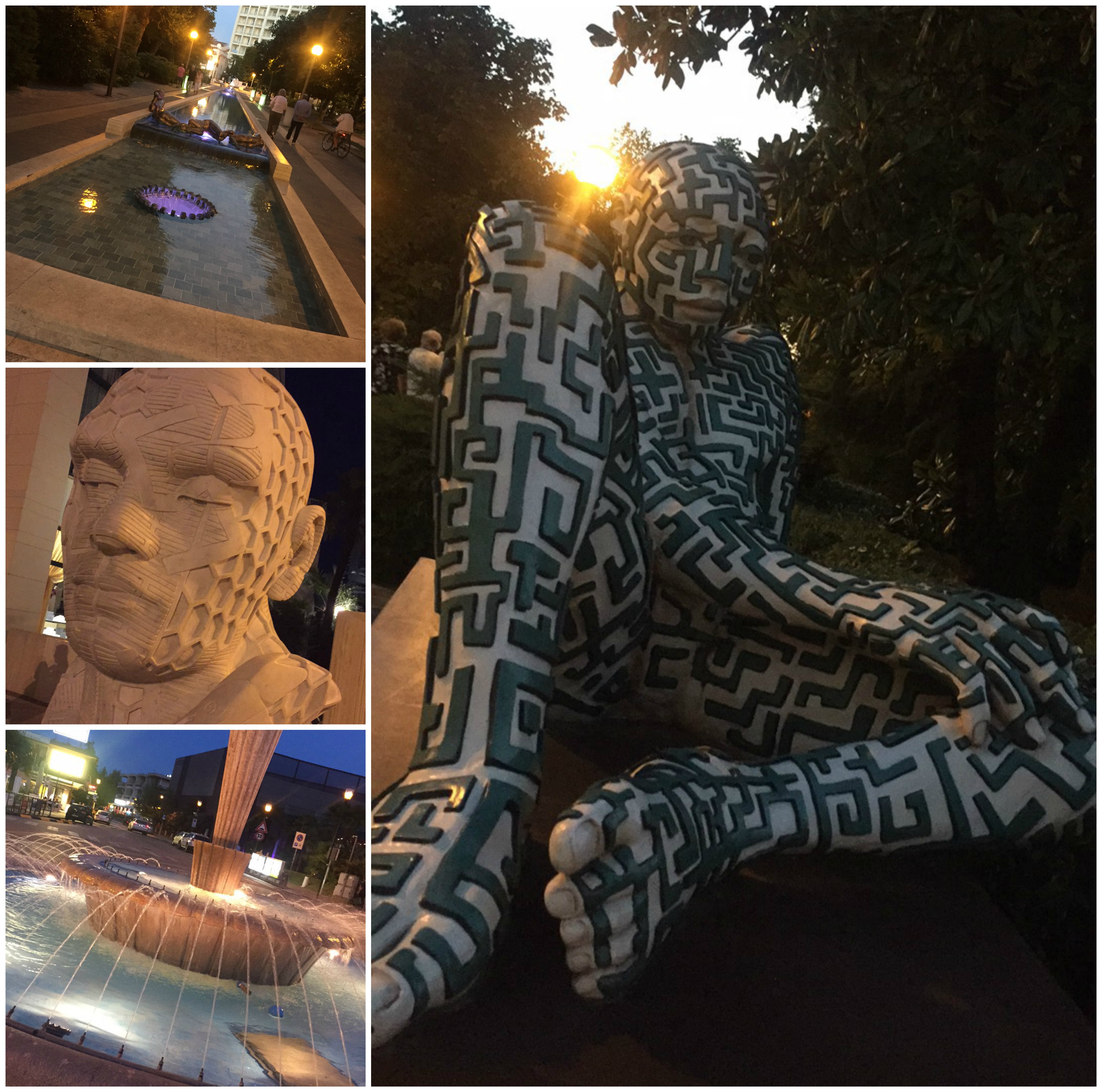 Most evenings, we walked into Abano Terme. It has to be said, it isn’t exactly a nightclub or shopping hotspot however it was quirky and different from what I was used to which is what tempted me to return every night. There were a lot of statues of fountains dotted through the streets, making lovely places to stop for a coffee or watch the people go by.

Towards the end of our holiday we got the train to Venice (they were double-decker trains too- mindblown). We realised we couldn’t justify failing to go there given how close it was to our hotel. I can’t even begin to explain how beautiful Venice is so I hope my photos do it justice. I’ve not had the chance to travel much, as my parents had to care for my brother (he was severely disabled) when I was younger, so going away for long periods of time was an extremely rare treat. This completely took my breath away, I have never felt so lucky or grateful to see such a beautiful place.  We found a small church off of one of the winding streets (far left below) inside people were lighting candles and it was extremely peaceful. The ceiling was incredibly high up and there were paintings and images of angels and religious figures carved everywhere. It truly was magnificent.

We spent the end of the trip in Piazza San Marc (St Mark’s Square) (above images 2-4) which arguably, is the beating heart of Venice. Despite its vast size, there were also intimate areas where musicians played and restaurants served brightly coloured gelato. There were so many groups of tourists taken aback by the beauty of the square and for once their flashing cameras and stop-start style of walking didn’t bother me because this place NEEDS to be seen.

We crossed lots of tiny bridges and walked along the canal through many streets with stalls and shops selling Murano glass and the normal tourist trap goods. It was amazing to think that this was an everyday scene for some the locals. (Below photos) 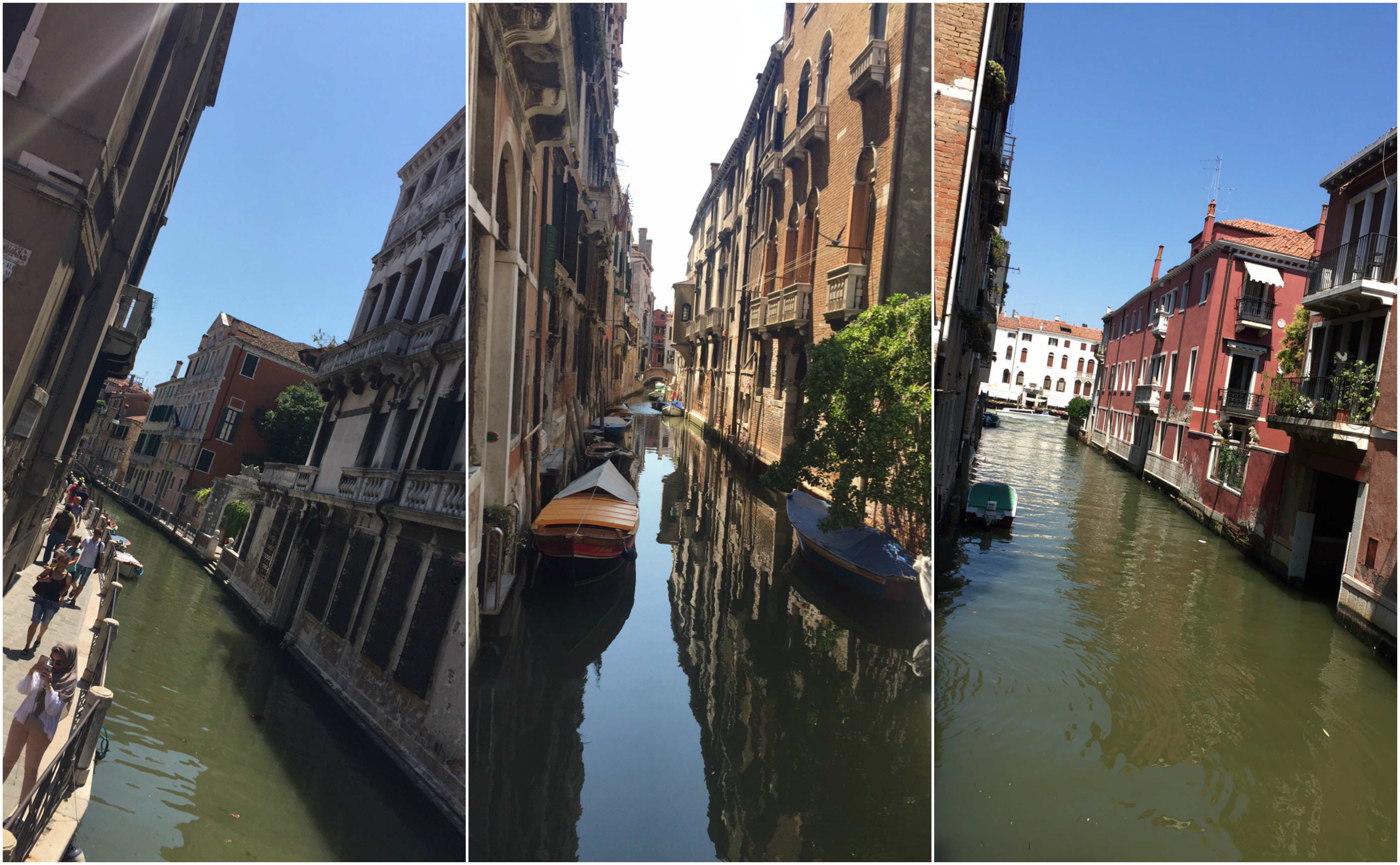 Saying goodbye to this beautifully scenic and incredibly relaxing place, was harder than I thought it would be. However, I was so grateful to have been able to go there at all and I hope to return at some point in the near future, perhaps with my boyfriend.

Let me know if any of you have visited Abano or Venice, I would love to hear about your experiences! Also given this is my first blog post, I would also appreciate any feedback that you have to offer (good or bad)