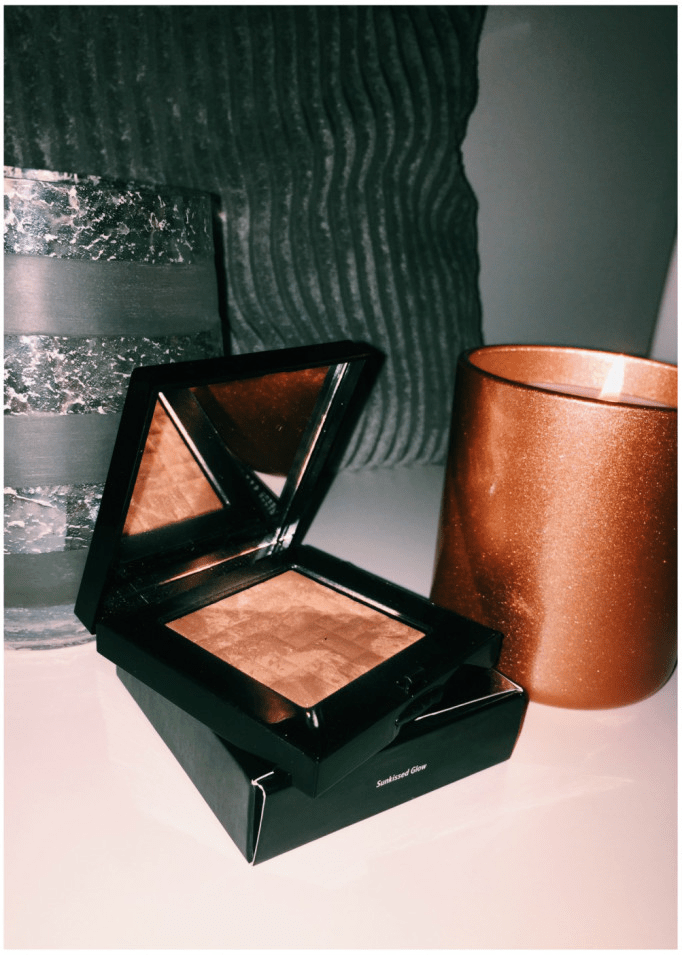 I hope you’re all doing well! Today I’m going to review the Bobbi Brown highlighting powder in the shade Sunkissed Glow. My boyfriend gave it to me as an anniversary present just over a month ago and I’m in love (he’s alright too I suppose). It’s actually the first product that I’ve tried from Bobbi Brown, so this will be a first impression!

The highlighting powder retails at £35, which may sound horrifying but for a high-end brand, that’s somewhat timid. Trust me, google Tom Ford and Hourglass… For anyone that drools over luxurious and sleek packaging, you will practically want to frame this product. It’s also a mirrored compact too, meaning you can glow on the go! 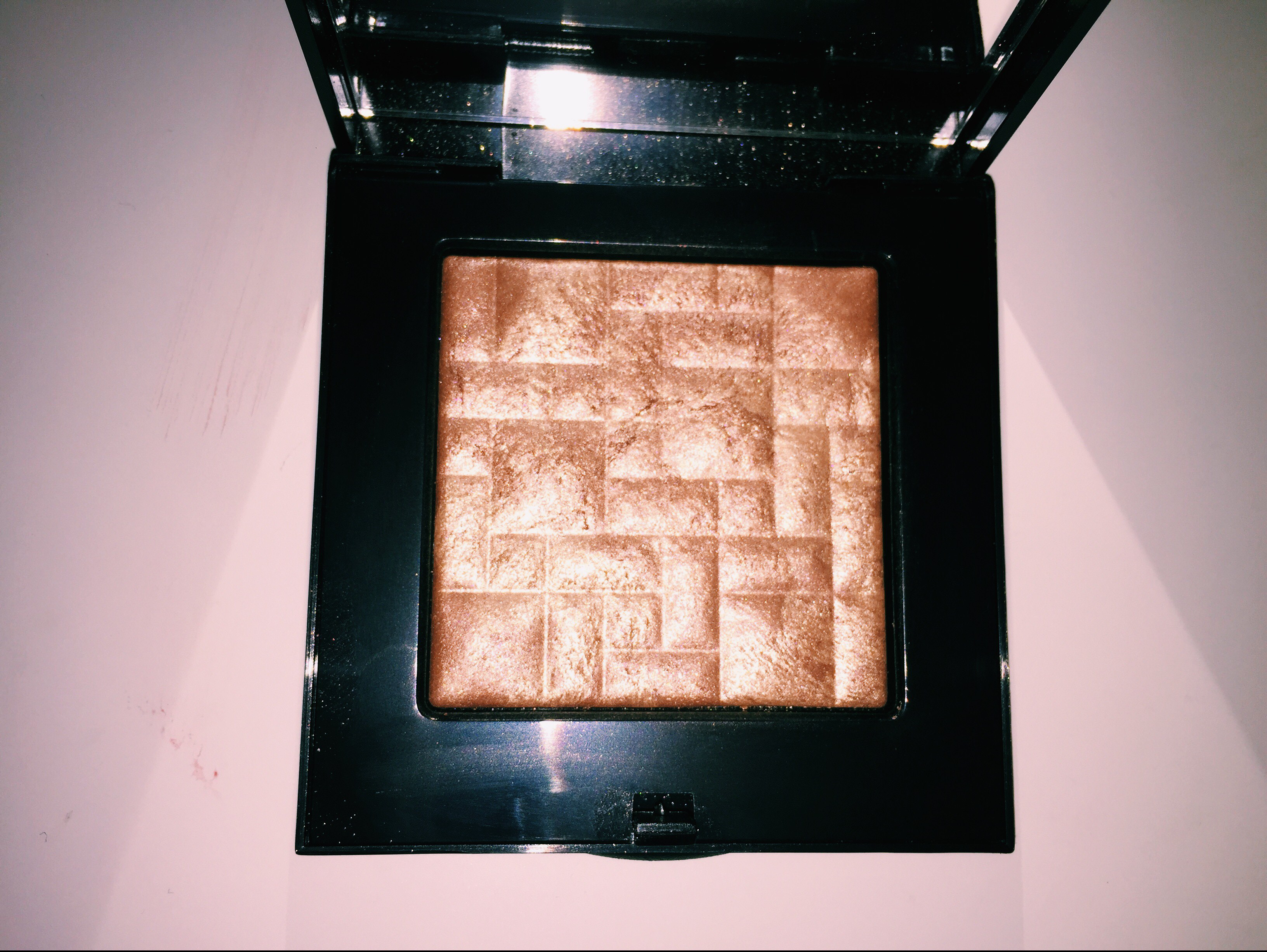 The highlighting powder itself, fits into a perfect little square of golden shimmery goodness. I love the grid-like markings – it looks so luxurious and almost too good to use. When applied, it gives adds the most beautiful, bronzed glow to my skin. It looks quite natural compared to some of the more luminous highlighters out there and I quite like that. Sometimes you don’t want the satellites to spot you glowing all the way from Earth. It’s not necessarily blinding but it’s certainly buildable. I like being able to choose the intensity of my glow, as it gives me some control over it before it gets too much – we’ve all been there. It’s definitely more of a summery shade, I doubt I will be using it much during the colder months. I just find that it compliments a tan so much. When I went away during summer, all I wore on my face was some bb cream and highlighter and this product would have been perfect! 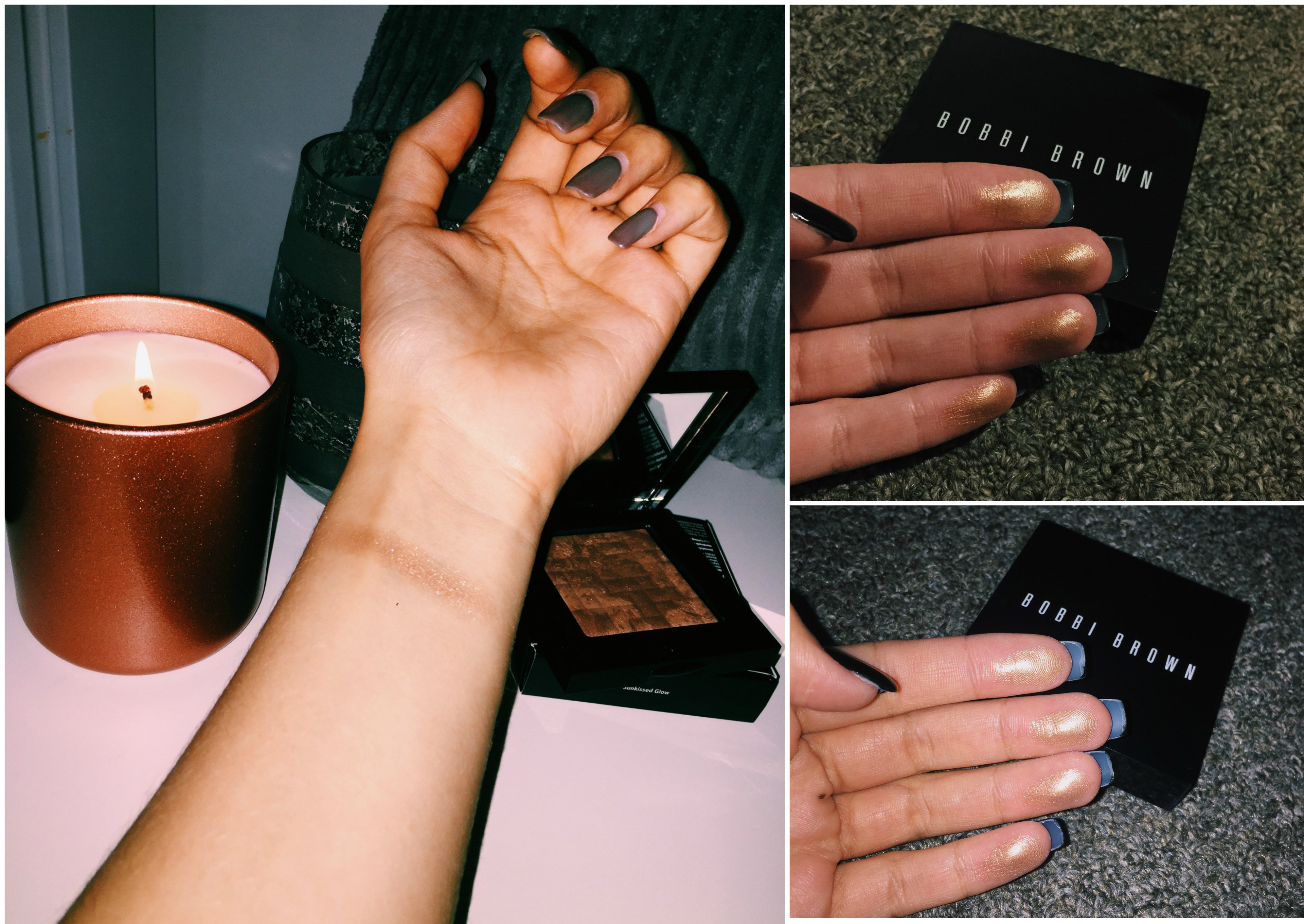 If you want to feel like you’re using a expensive product, this is definitely worth trying. It feels so luxurious to apply and it looks even better on. The fact that it doesn’t appear cakey or chalky goes to show that it’s a high quality product, I hate it when highlighters do that. If you’re looking for a bronze gold beam of light in your makeup bag and you have the cash to splash on it, I would recommend giving this one a go! They also have some other shades in the range if you want to find something that really compliments your skin tone.