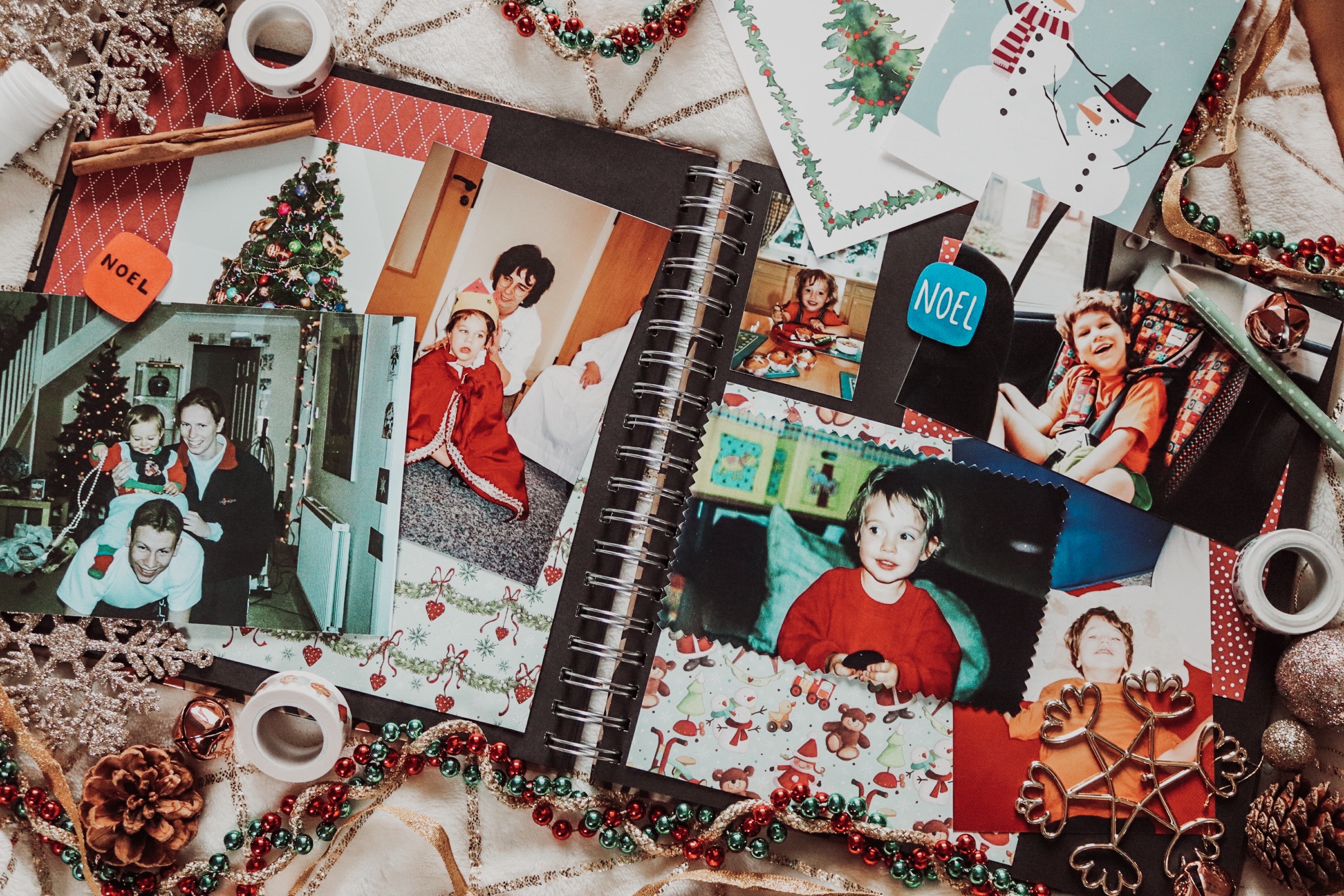 I hope you’re all doing well! Welcome to Blogmas Day 6. If you’ve been following me for a while, you’ll know all about my love-hate relationship with December. I’m torn between making new merry memories and reflecting back on those that are rapidly fading. It’s difficult to know what to do, given it’s supposed to be “the most wonderful time of the year” after all. Today marks exactly ten years since my brother died and it just didn’t feel right to talk about something trivial and act like this isn’t happening for me. Given the response I have had to what I have posted in previous years, I thought it would be appropriate to write a bit more about this and share some more of the story with you.

If you want to know more about my brother or what happened, I’ve provided a link to one of my blog posts below that will explain everything:

Read about why December is difficult for me here

I remember after Ben died, I often thought to myself, “How is time going to continue when this has happened to us?“, “How will the world keep on turning and the years keep on passing?“. It felt totally incomprehensible that our lives would have to carry on as normally as possible and that we would have to find a way through this mess. I certainly couldn’t picture myself ten years older, surviving, still going and still coping. It just didn’t seem possible. As a twelve year old girl, about to begin a new chapter in her life, just starting in a big new school with lots of new people and opportunities available, looking into the future was supposed to be exciting. For me, it was incredibly overwhelming and it hurt too much to picture where the hell my life was going to go from there. I wasn’t excited to grow up, I was dreading it. I didn’t want to move on or create new memories when the most important person in my life was no longer going to be there to share it all with. I was so young and I simply couldn’t process or answer all of the questions that were running through my head. Would I be happy? Would it still hurt this much in the future? Would I still remember him? Would people still want to be friends with me? Would we have to get rid of his things? What will Christmases and birthdays be like without him there?

It was really tough going through school after Ben died. I felt so lost wandering around the corridors and watching people laughing and linking arms on their way to class. I remember when I finally went back, a few weeks after he had died, I walked into the canteen and nobody knew how to talk to me. Nobody knew what to say. I felt like I had a disease that nobody wanted to catch. At the time, this was heartbreaking for me, to see people avoiding me or whispering when I walked past. Of course now, I understand that they were only children too and they didn’t know or understand how they could make it better. At that age, you’re only really thinking about yourself and how to fit in with everyone else – so I totally get it.

That being said, I had some interesting experiences with the adults there too. I often visited the, rather ironically named, Student Support room, and someone would quickly shuffle me into the sick bay where I could “think” for a while. Oh gee, thanks! I remember one time, I was put in there with a student that had swine flu (delightful company), and above her sobbing I could occasionally hear the staff complaining about their husbands or how they hoped the traffic wouldn’t be bad as they really needed to do the food shop that evening. It felt like my life was suddenly so different to everyone elses. I began to realise that I had crossed a bridge. I was now on the other side of innocence. Small matters were no longer of any consequence to me and so it was difficult to connect with people. This in itself felt like an enormous loss. I was a teenager and I couldn’t fit in and it was terrifying to understand that I couldn’t go back.

I moved to a smaller school and things were a little bit easier. My experience with the staff was much better there. Teachers would notice when I was having a bad day and they would take me to one side and talk to me about how I was feeling. I felt like I mattered and that they really knew me there. Some teachers even shared their own personal stories of loss with me, which I found very comforting. It was nice to be treated normally, without awkward silences whenever I walked into the room. Of course, that didn’t mean everyone around me was supportive. People often judged me for taking time off school on my bad days or when I got emotional during lessons. I went through long periods of depression and anxiety. I often couldn’t get out of bed in the morning, not because I was “lazy” but because I simply didn’t see the point and had given up. I was self-harming, not because I wanted “attention” but because for a split second, it was a relief to have something else that hurt for a while. I was getting poor grades in class, not because I “wasn’t trying”, but because I simply couldn’t concentrate with so much going on in my head.

It was difficult hearing about other people’s families. My friends would often talk about how annoying their siblings were and I would wish I could swap places with them, just to even know what it felt like to experience that. They would talk about their busy birthdays and fun-filled Christmases and my heart would ache. I knew I would never have that and it totally sucked. Most days, I used to come home and go straight up to my room, where I would often sit and cry for hours, overwhelmed by how I felt totally lost in the world. I felt like I didn’t belong anywhere and that I was so different from everyone around me. It was incredibly isolating. I stopped looking forward to things and I never felt truly excited or happy. It was like all of the colour had drained from what was once a very colourful picture.

When I turned 16, I started to notice just how quickly the years were slipping by. I was frightened of becoming a different version of me, one that couldn’t relate to the little girl that Ben knew. I felt like he was slipping away and there was nothing I could do about it. Suddenly I was the same age as he was when he died. It felt so wrong to be overtaking him. I was never supposed to be the older sibling. I started to hate my life and how unfair it all was. I wanted to be a different person, in a different house and in a different family. I was so angry that most of my peer group appeared to be focused on, what seemed to me like, developing a normal teenage identity, whereas I was being forced to completely rebuild from the ground up.

I somehow managed to get the grades that I needed in my A-Levels and then it was time to go to university. I was extremely excited to get away and have a completely blank canvas to work with. It was a chance for me to figure out who I was again and how to live with everything that had happened. I struggled occasionally in my first year but university and city life kept me busy and distracted for most of it. Throughout the next year or so I was, for the first time in a long time, much happier. I still struggled with anxiety and occasionally feeling depressed, but it wasn’t as bad as it was when I was a teenager. I had a routine and things to get up for every morning, I had good people around me and I had built my own life. I made new friends and I met my boyfriend and I felt like I was gaining a bit of my identity back.

Leaving university and moving back home, is a huge life change for anyone to go through. It’s the end of something big and the start of something even bigger. It wasn’t until I graduated recently that I was hit with grief that I didn’t even know was there. I realised that almost ten years had passed since Ben died and there I was, a completely different person, I was a woman now. An adult.

There was so much that I hadn’t been able to share with him, so many achievements and life changing events. I never got to introduce him to my boyfriend, who is now a huge part of my life. He never knew that I would attend university. He never came to watch my graduation ceremony. He missed my 16th, 18th and 21st birthdays. He never got to read my blog posts. He never got to find out how Harry Potter (our favourite childhood books) ended.

There’s also a lot that he will miss. He won’t be at my wedding. He won’t be an uncle or meet my children. He won’t see my first home. He won’t know what my first job is. The list goes on. He never got to meet me, 22 year old Nina. He probably wouldn’t recognise me now. There’s something very painful about that. It’s almost like I’m losing a part of him that I never knew existed. It’s hard to explain but it’s a new layer to my grief that I’ve never felt before.

Even though I still feel a huge sense of loss, I have actually gained a lot as well. It’s taught me so much about myself and about other people. Although it makes me different, sometimes I’m proud of the way that it defines part of who I am. It has meant that I pay closer attention to those around me. I try to make a memory out every occasion, as I know what it’s like to regret not having done more of that. I’m better equipped to show understanding to other people in emotionally challenging and demanding situations. As a result of having a brother like Ben, whose carers came from all walks of life, I grew up surrounded by nurses, parents, students and grandparents. From the moment I was born, I was exposed to a wide variety of attitudes and values that otherwise I would never have experienced.

Well, here I am ten years later, still surviving, still going and still coping. I can’t say it’s got better, nor can I say it’s any worse – it’s just different. Just the fact that I can write this is different. Grief develops over time. As I have matured over these last ten years, each transition brings up a new layer of processing, with an ever-changing perspective. I guess I wanted to capture the changes that I’ve noticed, mostly for my own sake as I found this quite a therapeutic post to write, but also to be able to share something personal with you. If you want to leave a comment or share your own story or experience of grief, feel free to do so, I’ll be here to listen.