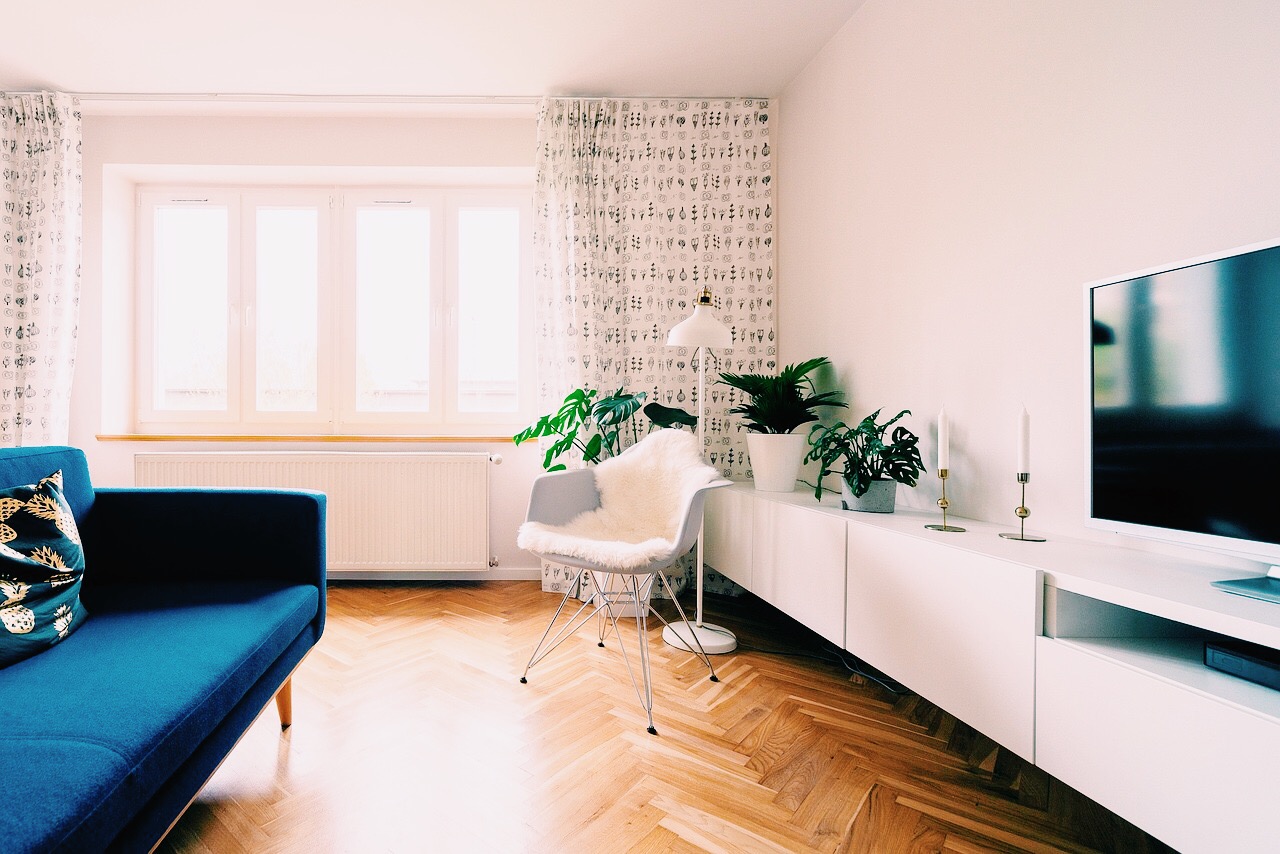 Seeing as it was International Women’s Day last week, I thought it was more than fitting to write a female focused post! It’s on International Women’s Day that I’m reminded that I don’t have to settle for the catcalling, pressure or any form of sexism – nor do I have to keep quiet about it! It was so amazing to hear so many men and women promoting and discussing equality. I found myself inspired by so many strong women speaking out and sharing their successes and I thought it was only right that I discuss some women that I love on my tv screen!

As an absolute Netflix junkie, I thought it would be fun to talk about the iconic female characters in TV that I love the most and how they have inspired me – whether that’s in terms of my attitude or even my wardrobe. Today’s post is in collaboration with Panasonic and I feel that TV and all that it has to offer, is a much more enjoyable experience if you have a great screen to watch it on. Currently, we have two Panasonic TVs at home. We’ve always had Panasonic TVs as we’ve found them to be the most reliable and also have great picture quality! 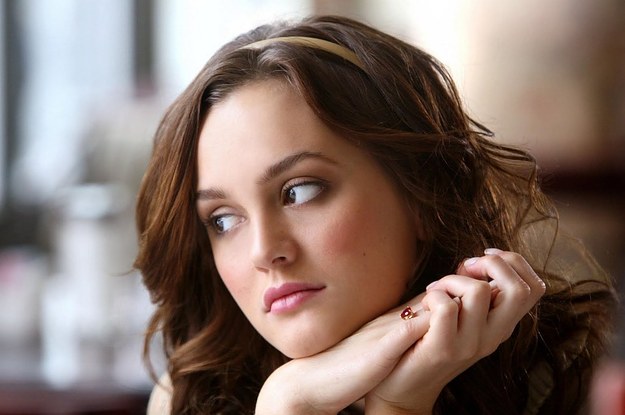 Yes, I’m kicking it off with Gossip Girl’s Blair Waldorf and yes, I’m that predictable. I couldn’t not mention this incredible woman, I just LOVE her. Blair is portrayed by the gorgeous Leighton Meester and is definitely one of the biggest characters in the entire franchise. She’s pretty much every “it” girl in every American movie but ten times better. Blair strives to be the best at everything she attempts and any less than this is simply unacceptable (I kind of like this attitude) and she will ruin anyone that threatens her success. She’s bitchy, snobbish and extremely difficult and she may sound like your worst nightmare, she’s certainly mine, however I’ve completely fallen in love with her and she quickly became my favourite character in the series. Her socio-economic status is normally top of her priorities however she can show a softer side every now and again when it comes to her close friends and family. Blair’s attitude is perhaps not always too inspiring but her fashion sense definitely is. She always wears the most amazing outfits, both preppy and luxurious and I don’t think I’ve ever seen her looking rough (this is most likely down to how unfairly beautiful Leighton is). Leighton claimed she was asked to be “bitchy and nice, ugly and pretty, young and old, stupid and smart, innocent and slutty, blonde and brunette” so she had quite the task on her hands. Blair is a cocktail of all of those things and I reckon you’ll love her if you haven’t come across her yet! 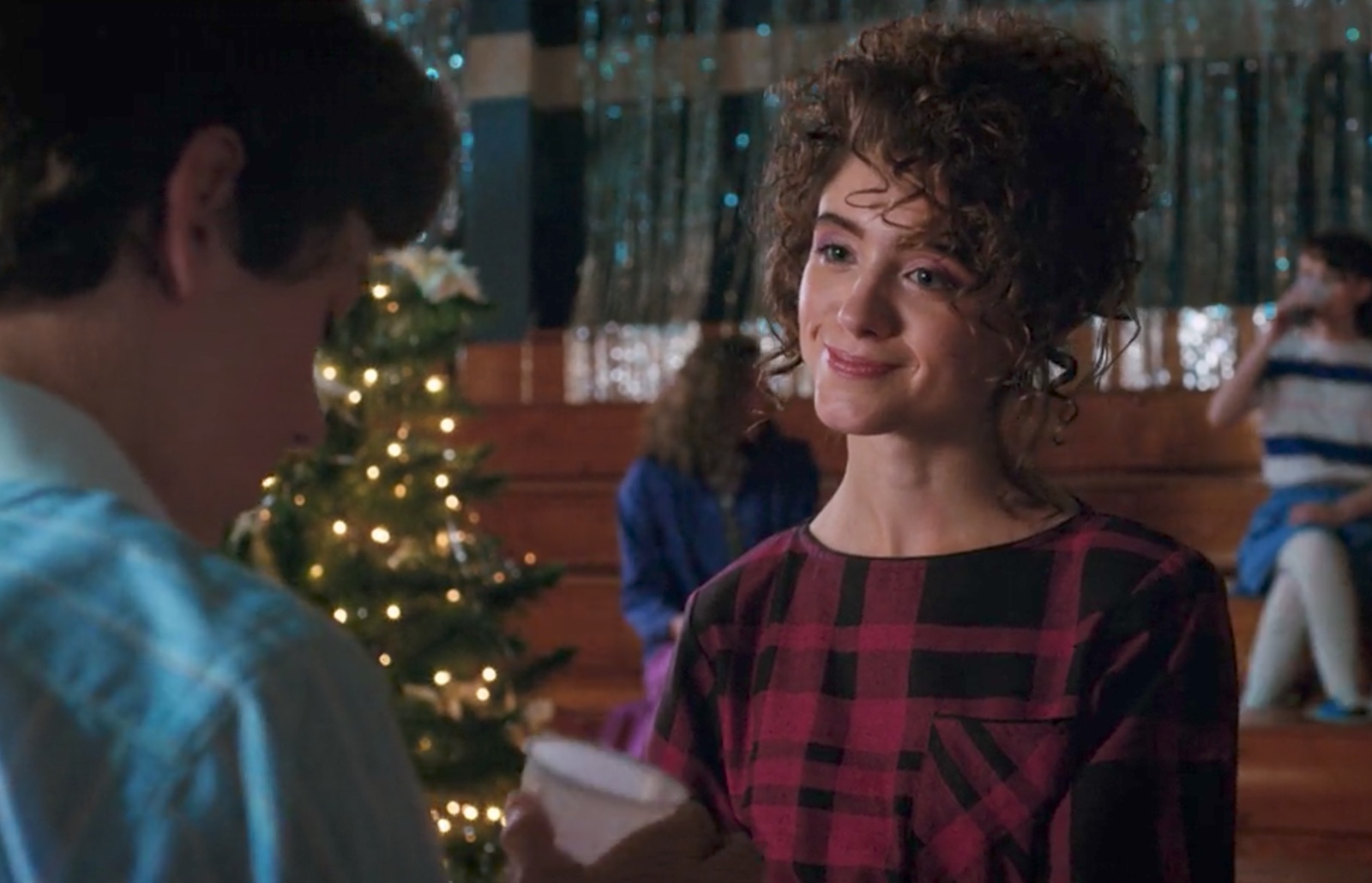 Portrayed by Natalie Dyer, Nancy Wheeler has to be one of my favourite female characters in Stranger Things. She’s so determined and she’s so oblivious to her own beauty that she’s just such a loveable character. Natalie is absolutely stunning too – if you’ve seen season 2, you’ll know the jaw dropping moment that is her entrance to the Winter dance (second image). She wore a gorgeous crimson plaid dress and her hair was styled into a messy up-do. I love the 80’s vibes that Stranger Things oozes but particularly in the wardrobe department. I love all of the bright and vibrant colours as well as the hairstyles (not so sure about the mullets though) and I particularly love Nancy’s style. Her outfits are always so cute and preppy, I wish I could pull some of them off. 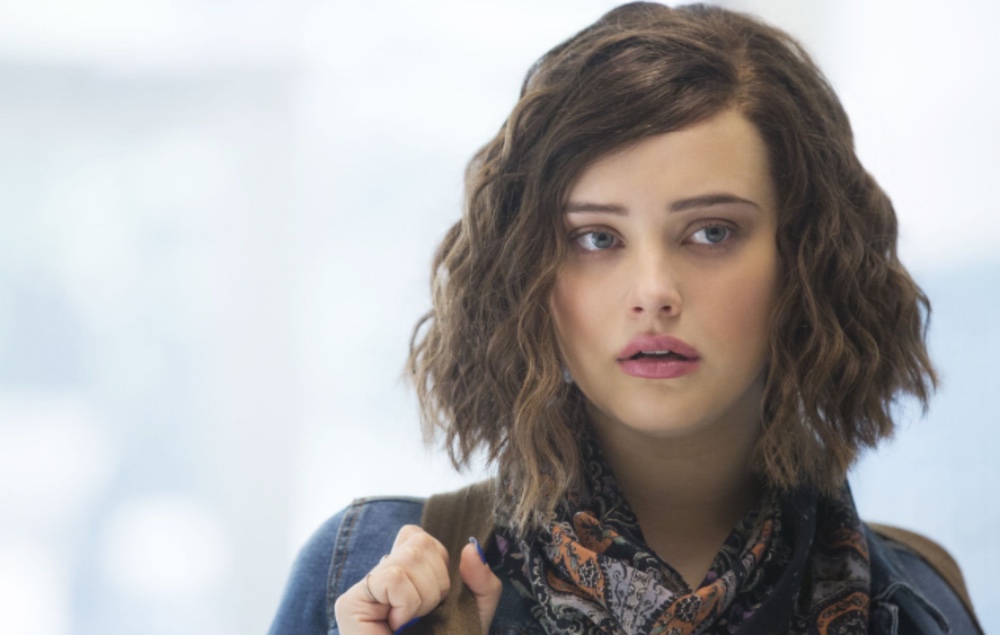 I really enjoyed watching 13 Reasons Why on Netflix. It sparked a much needed conversation globally, about bullying and suicide and I think that’s why so many people enjoyed it. Although the plot is very upsetting and at times difficult to watch, it’s honest and it’s raw and I like that. My favourite character has to be Hannah Baker who is played by the fabulous Katherine Langford. Hannah is a high school student who is struggling to cope with how difficult school has become for her. She’s such a witty, quirky and gorgeous girl, yet she is treated so terribly by so many. Her story is not only incredibly powerful but it’s also telling the story of so many other students across the world that are struggling too. I can relate in so many ways to Hannah’s story, especially when it comes to school but most of all I admire how she stays true to herself and she doesn’t change for anyone. 13 Reasons Why is an incredible series so if you haven’t seen it already, you need to! 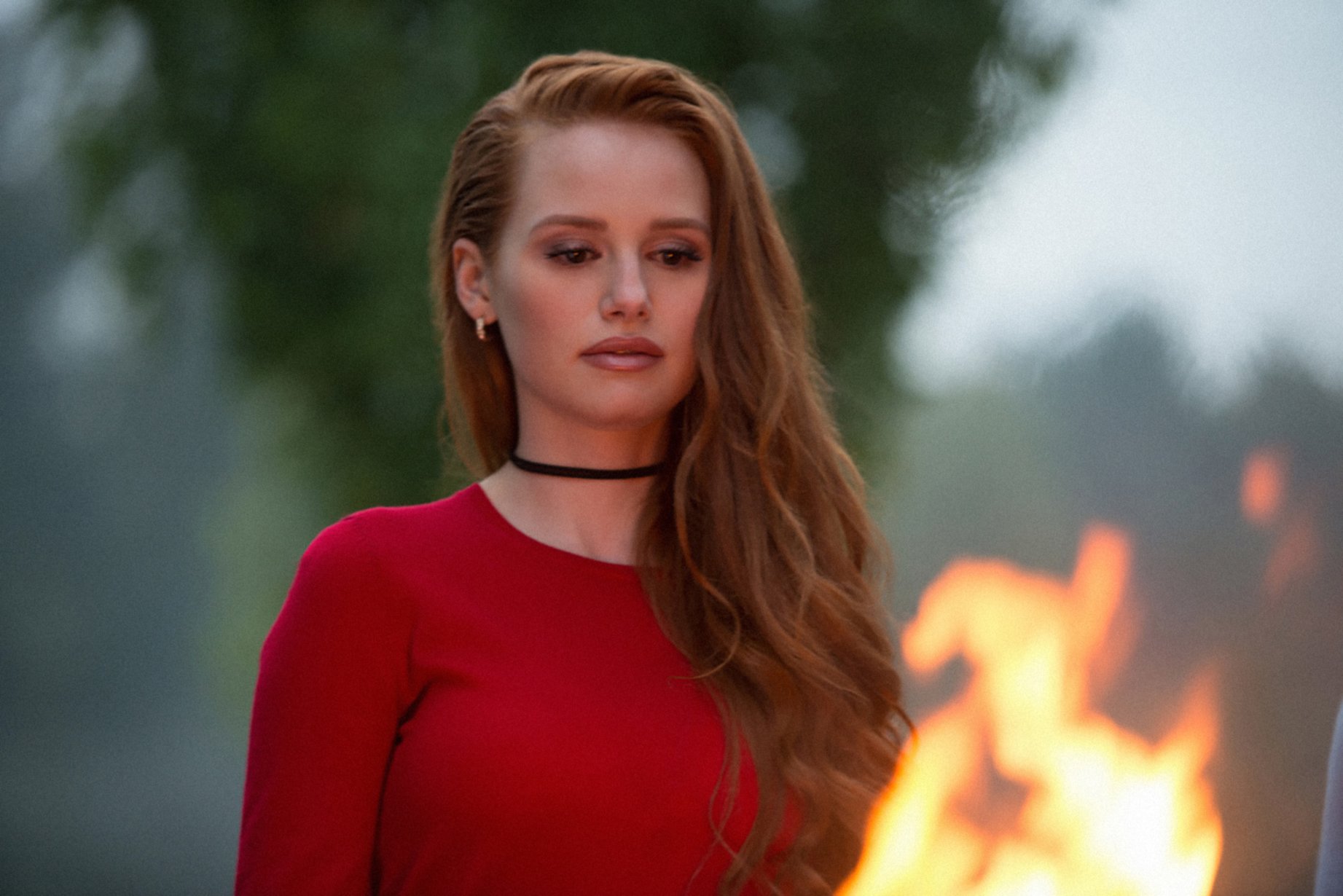 Cheryl Blossom, played by the goddess that is Madelaine Petsch is one of the main female characters in the Netflix series Riverdale. I love this girl. She owns every scene that she’s in and she could probably run the whole series on her own to be honest. She can be manipulative, rude, nasty and selfish and she can also be sympathetic, loyal and hilarious. Cheryl is practically swimming in years of family secrets and wealth and she’s extremely proud of this. Her lifestyle is super dramatic and extravagant and she’s always extremely entertaining to watch. She’s just too attractive and fun to hate! She wears the most amazing outfits and seems to look good in everything. Red is definitely her colour. 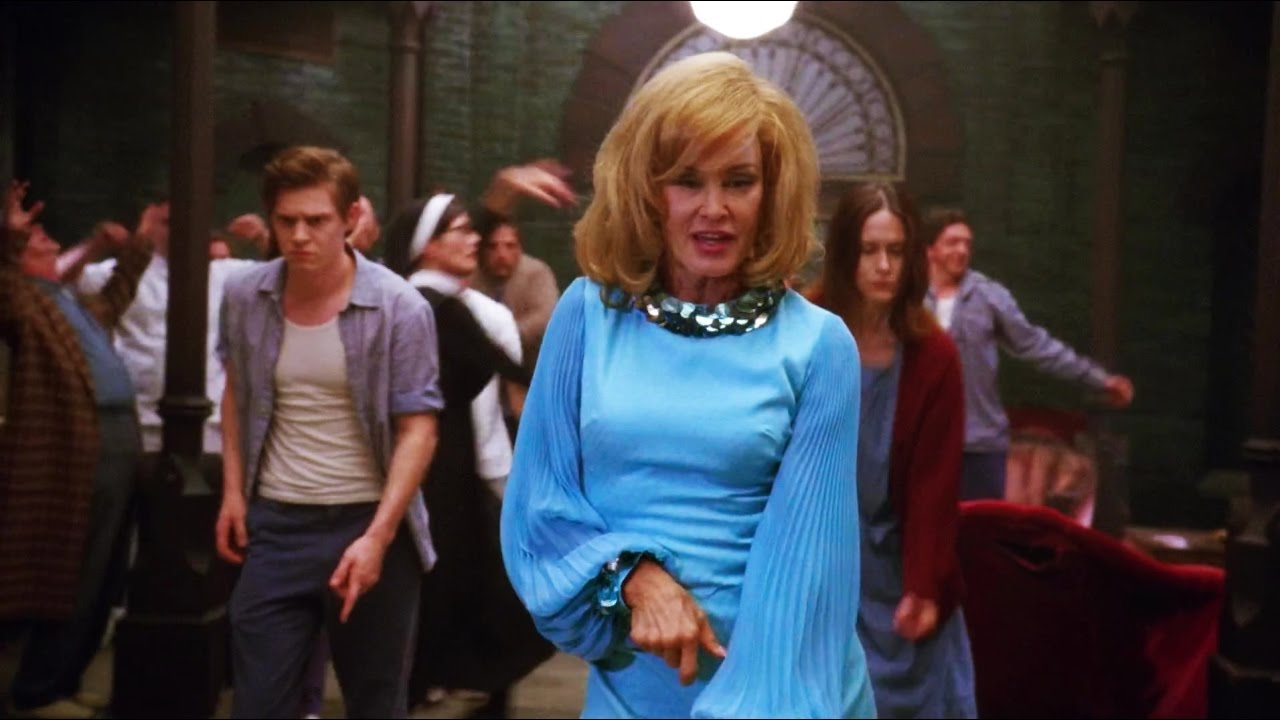 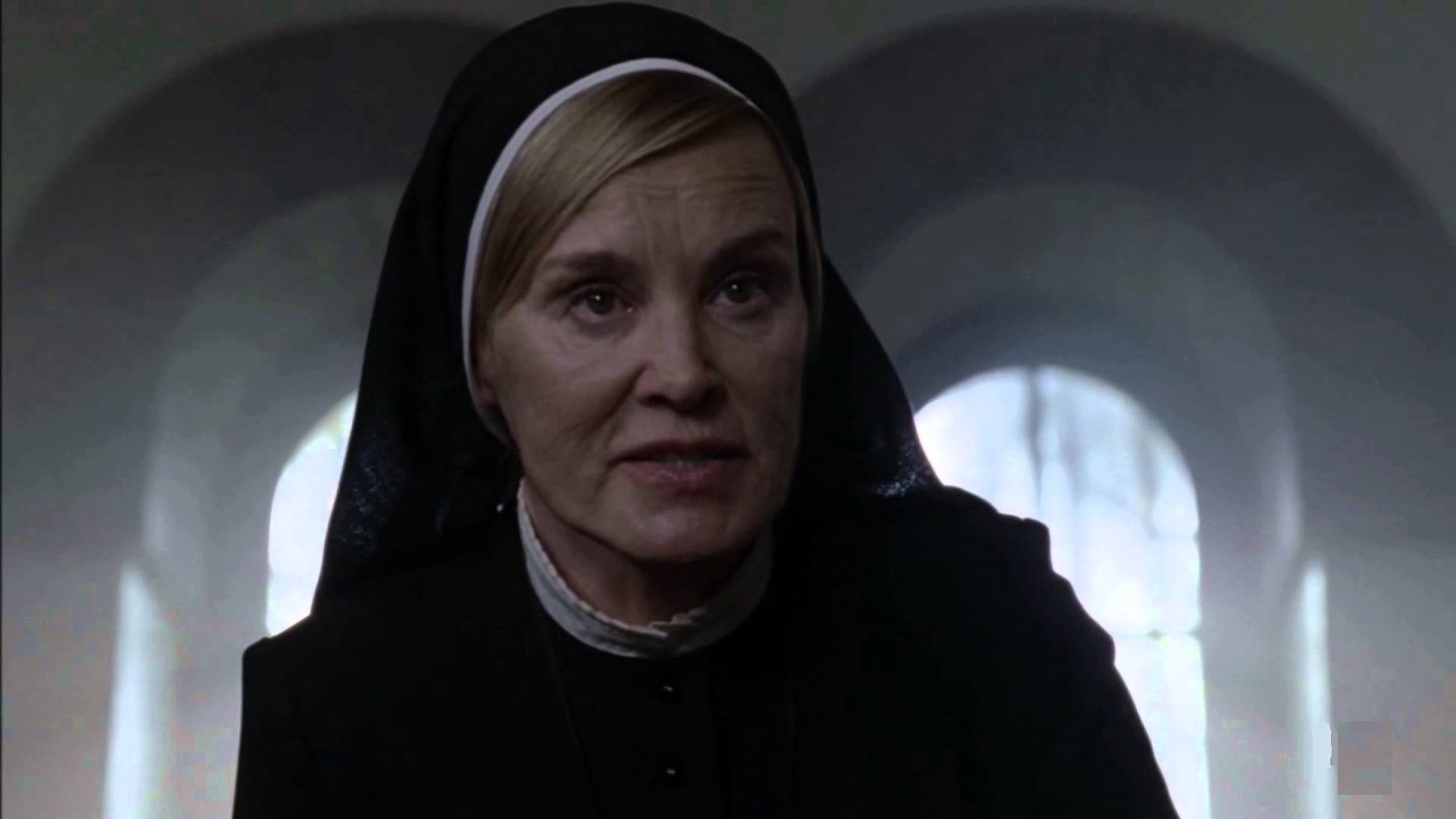 Portrayed by Jessica Lange, Sister Jude is the one of the lead female characters in the second season of American Horror Story. I think the reason I love this character so much is because I love Jessica Lange, and this character just shows how versatile she is as an actress. Sister Jude runs a mental asylum (Briarcliff) based on her belief that “mental illness is just the fashionable explanation for sin” so as you can imagine she’s not the nicest of people. However, episode by episode, she grew on me and I begun to wait for the scenes that she featured in. Although she’s extremely stern with the patients she can occasionally show a glimpse of compassion for some of the characters. My favourite scene is 100% the where Sister Jude and the patients sing the name game (look for it on Youtube, you won’t regret it).

I hope that you guys enjoyed this post and that you enjoyed celebrating International Women’s Day, no matter who you are! I would love to know what you think of my choices but also what your favourite characters in TV are! Let me know in the comments!